Alright, I know it sucks that your ex girlfriend is already dating someone else. I know just imagining the girl you love in someone else’s arm is infuriating. But I want you know that there is still hope. And if you want your ex girlfriend back even though she has another boyfriend, you have to start looking at things from a more neutral perspective.

Before we start analyzing your situation, have you read my complete guide on how to get your ex girlfriend back? If not, go to this page and read it now. It will give you a thorough idea of what you should and what you shouldn’t do. It will give you a plan that you can follow. Then you can come back later to this article for advice that is more tailored to your situation.

So Your Girlfriend Is With Someone Else 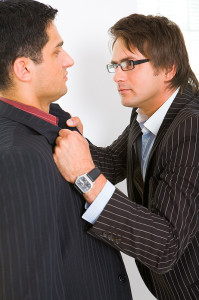 Antagonizing the new guy is not going to help.

OK, I know that right now, you just want her to come back to you as soon as possible. But that’s not going to happen. In fact, if she comes back to you this instant, then she will probably leave you again after a while. Since, you are reading this, I take it that you want your girlfriend for more than just one night. I am assuming that you want a long fruitful relationship with her. And if you want that, she should come back to you knowing that you are the best option for her. Not just because she is confused about her emotions.

Leave Her Alone and Concentrate On Yourself

The first thing you need to do is leave your girlfriend alone for a while. AKA, the no-contact rule. Don’t contact her for a month. Here is a few questions that might creep into your mind when I say this.

“What if she falls in love with this new guy? I don’t want to lose her forever.”

She won’t. This guy, is a rebound. And almost all of the rebound relationships end up in a breakup. I know it’s a little hard to accept considering the off chance that this one does work out. But it’s a really small risk you’ve to take. And the reward of this risk is getting her back in your life.

Exception: There is one exception to this case. If you and your girlfriend had been dating for a very short time (like a month or two weeks). In this case, since your relationship wasn’t very strong in the first place, she is not technically with a rebound guy. She just went from one short term relationship to another. In this case, I’d generally recommend you to move on from this short term relationship. However, if you really think she is someone special, then you can make the no-contact rule for just one or two weeks and carry on with the rest of the plan.

“If I stay away from her, she will forget me completely”

Again, she won’t. In fact, the more you stay away from her, the more she will miss you. I know she is with someone else, and you might think like she is just busy having fun with this guy to even remember you. But it’s not the case. She is actually quite confused in her mind all the time and even though she might be trying to forget you, this rebound relationship is not giving her the time to actually work through her emotions and move on. You are still in the back of her mind. And pretty soon, when you contact her, you will be in the front of her mind.

“I can’t stand the thought of my ex being with this guy for a month. I have to take action right now.” 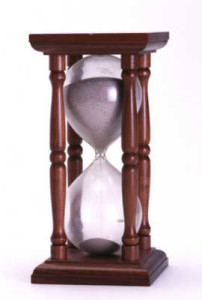 You might feel like the time is running out, but in reality you have a lot more time than you think.

Just like in the guide, you must analyze why you guys broke up and whether or not it’s really a good idea to get your ex girlfriend back. There are a few points that I would like you to consider before moving on to the next step

The Idea of Stealing Her from Her New Boyfriend

Now, in most cases, the rebound relationship will end before the no-contact period is over. But, in case they don’t. You’ll have to steal her from this new guy. Of course, you are never going to ask her directly to breakup with the new boyfriend to be with you (not until you are 100% sure she will say yes). But you have to build attraction with her while she is still with him.

I know it sounds a like a dick move, by stealing someone’s girlfriend. But look at it this way, you are 100% sure she will be more happy with you than she will be with him. You know you will treat her better than him. So why not do it? On the other hand, if you are planning to be a shitty boyfriend and treating her with disrespect, then you should just let her be with her new boyfriend and get some counseling.

1. Text are more personal and chances of her new boyfriend finding out about these texts are less. Even if he does, it works to your advantage. We’ll get to that later.

2. You should wait at least a few weeks to contact her with text after you send the letter. In this case, we are saving a little bit of time by not sending the letter.

Note: If you really messed it up after breakup, then I guess an apology is in order and a letter would be a good idea. And I mean REALLY mess it up. Begging, crying, stalking, abusing, drunk calling, showing outside her house holding a stereo over your head type mess it up.

What to Say in Texts?

I’ve covered this in my guide on getting her back. But I will go over a few things that you must keep in mind.

Your goal is to build attraction using texts. That means no negative talk. Nothing about the breakup or the relationship. You want her to know that you are glad she was a part of your life and that you want her to be your friend again.

Now, while texting, she might bring up her new relationship. She might complain about her new boyfriend. Or she might ask your opinion about something. DO NOT BECOME HER ADVISOR. If you do, you will end up being friendzoned and before you know it, she will always be discussing her relationship problems with you.

Now, you have to use this other guy’s mistakes as your advantage. Texting is perfect because you are in contact with her and he will have no idea. At the same time, if he does find out, they will definitely have a fight about because he will be invading her privacy.

Since this is a rebound relationship, a few fights should be enough to break them off. However, if they persist, she will soon breakup with him after you guys meetup.

It is absolutely necessary that you don’t ask her out on a date. You don’t want her to feel she is cheating on her boyfriend. So, make sure you are just asking her to “catch up” or go for a coffee”. Make her laugh, have fun, show her how much you’ve changed for the better, show her the new you and she will definitely start wondering whether she is in a relationship with the wrong guy.

There are a few things you should remember while with her.

Usually, during this process, she will decide to leave her new boyfriend and come back to you. But if she doesn’t you have to ask her about it some time. That’s because being friends with her while she stays with her new boyfriend is not good for your emotional and mental health.

After you have spent enough time with her and she still haven’t made a decision, you have to be upfront about your intentions and tell her what you want. You will have to ask her to choose between you and him. Tell her that you can’t be friends with her if she chooses to be with him because it’s too hard for you. I know it’s a tough thing to do, but if you did everything right till now, then I am pretty sure she is going to choose you.